The final element of the Qi Men Dun Jia Model is the Boerdijk-Coxeter Helix, or the Tetrahelix of R. Buckminster Fuller, since this brings matter up to the level of DNA strings or lattices. Composed of Sextonions,Octonions, Twisted Octonions and Sedenions, the author examines the Boerdijk-Coxeter Helix from various perspectives to illustrate how BC – Helices play an important role in the formation of matter. The paper closely examines the eccentricities of the BC – Helix to determine whether these relate to diminished Octionic and Sedenion function, associativity and divisibility. 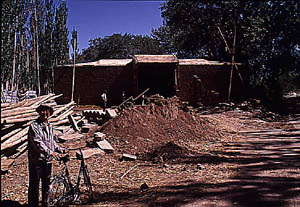 THE DUNHUANG CHINESE SKY: A COMPREHENSIVE STUDY OF THE OLDEST KNOWN STAR ATLAS​
Authors
Jean-Marc Bonnet-Bidaud is an astrophysicist in the Astrophysical Department of the French Atomic Energy Commission (C.E.A.), and specialises in high energy astrophysics and in the study of highly condensed stars in the Galaxy. He is also deeply interested in the history and popularisation of astronomy. He is currently the scientific adviser of the French astronomy magazine Ciel et Espace and has published numerous articles in different magazines and newspapers. He is mainly interested in the history of modern cosmology and in the roots of ancient astronomy in China and Africa.

Dr Françoise Praderie, an outstanding European astronomer, passed away on 28 January 2009, before this paper was published. Prior to that she was an Honorary Astronomer at the Paris Observatory. She was a former Vice-President of the Paris Observatory and former Editor of Astronomy and Astrophysics. She contributed to the creation of the trans-disciplinary European association Euroscience, where she served as its first Secretary General. Her main research interests are in stellar seismology, and she was the author of the book The Stars (which was co-authored with E. Schatzman).

Dr Susan Whitfield is Director of the International Dunhuang Project at the British Library and an historian and writer on China and the Silk Road. She is interested in cross-disciplinary research, combining history, archaeology, art history, the history of religions and science in her study of manuscripts and artefacts from the eastern Silk Road. She has published extensively, lectures worldwide and also has curated several exhibitions, including a display of historical star charts in the collections of the British Library.​
Chỉnh sửa cuối: 18/7/14 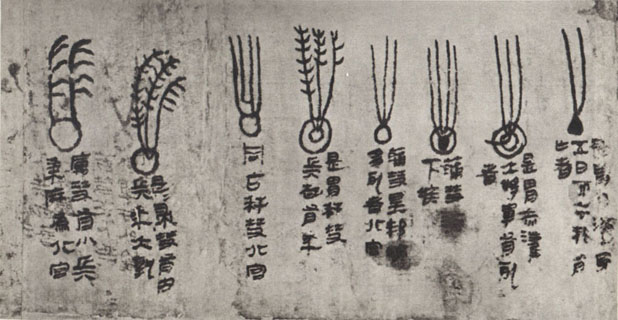 ​
Silk Atlas of Comets from the Hunan Provincial Museum


Armstrong, Robin Armstrong, et al., Eastern Systems for Western Astrologers: An Anthology. (Samuel Weiser, 1997) {Collection of essays written by eight astrologers: "Astrology and the Chakras" by Ray Grasse, "The Degrees of the Zodiac & the I Ching" by Robin Armstrong, "Chinese Element [Tzu P'ing] Astrology" by Bill Watson, "Tibetan Astrology" by Michael Erlewine, "The Humanism of Vedic Astrology" by Hart deFouw, "The Night Sky & the Eastern Moon" by Dennis Flaherty, "Prediction East" by James Braha, and "Life & Death East and West" by Richard Houck. This a typical work of Western syncretism}

Bezold, Carl, "Sze-ma Ts'ien und die babylonische Astrologie," Ostasiatische Zeitschrift 8 (1919) {I have not read this, but Bezold was a good scholar, not a hyper-diffusionist. Nor does it date to the heyday of Pan-Babylonism. Sze-ma Ts'ien, otherwise spelled Sima Qian, was the first great historian of Imperial China and undoubtedly interested in omens and their political implications.}

Campion, Nicolas and Steve Eddy, The New Astrology: The Art and Science of the Stars. (Trafalgar Square, 1999) {A more serious attempt at synthesis by a westerner scholar. Presents parallels among world views, from the creation myths of the Ancient Greeks and Egyptians to the most modern speculations of astronomers and physicists.}

Carus, Paul, Chinese Astrology (Peru, IL: Open Court Publ. Co., 1974, 1989) {originally published late 19th century as a section in Paul Carus' well-respected book on Chinese Religion. Carus, in turn, was the first US academic to have a serious interest in Chinese philosophy, and founded Open Court Press to publish his own writings on the subject. This work does not in fact deal with the stars very much, but outlines the traditional cosmology and calendar of lucky and unlucky days.}

Henderson, John B., The Development and Decline of Chinese Cosmology (NY: Columbia U. Pr., 1984) {Presents a useful introductory study on the subject.}

Ho Peng Yoke, "A long lost astrological work: the Dunhuang ms of the Zhan yunqi shu," Journal of Asian History, 19 no 1 (1985):1-7. {A good study of this primary source for Chinese astrology. Ho is perhaps Needham's most notable successor as a scholar writing on the history of Chinese astronomy in English}

Li, Chung. Ancient Wisdom for the New Age: Chinese Astrology. (New Holland Publishers, 1997) {If you think this is about Chinese astrology, you're wrong. This is a very meager introduction at best. The Twelve moons are explained in about two lines each!}

Maspero, H., "Les instruments astronomiques des chinois au temps es han," in Melanges chinoises et bouddhistes. (Brussels, 1939), VI, 183. {These instruments would have been used for both astronomy and astrology, which were not sharply divided.}

Needham, Joseph, et al., Shorter Science and Civilization in China (Cambridge: 1986) {a condensed version of the above}

Palmer, Martin, with Mak Hin Chung, Kwok Man Ho and Angela Smith. T'ung shu, the Ancient Chinese Almanac. (Boston: Shambhala, 1986) {In the past the almanac was compiled by the Imperial staff at the Ancient Observatory in Beijing, and presented to the Son of Heaven before being distributed around the country. The observations were made by Jesuit astronomers in later centuries, but they seem to have had no influence on the system of interpretation; cf. Smith.}

Pankenier, David William, Early Chinese Astronomy and Cosmology: the 'Mandate of Heaven' as Epiphany. (Stanford University, 1983), pp: 358 {A doctoral dissertation on astrology in Zhou dynasty China, related to the idea of the "Mandate of Heaven".}

Schafer, Edward H., Pacing the Void; T'ang Approaches the Stars. (Berkeley, CA: U of CA Pr., 1977) {Sections on astrology & astral religion are quite good; includes an account of a painted tomb with a western zodiac on its ceiling.}

Sun Xiaochun, "Crossing the Boundaries Between Heaven and Man: Astronomy in Ancient China," in Astronomy Across Cultures, ed. Helaine Selin and adv. ed. Sun Xiaochun (Dordrecht, Boston, London: Kluwer Academic Publishers, 2000) {This is the best short intro. which I have read to Chinese astronomy, the calendar, and chinese omen astrology.}

Tai, Sherman, Principles of Feng Shui: An Illustrated Guide to Chinese Geomancy, ill. by Loke Siew Hong, transl. by Clara Snow {Not about astrology per se but gives a good explanation of the traditional Chinese cosmology in which Chinese beliefs about the powers of the stars were included. This is a type of book which is common in China but not in the US, a sort of comic book but on a serious non-fictional topic. It is interesting to note that the cover blurb tells us that the author was a successful engineer before turning to his first love, feng shui, to earn a living}

White, Suzanne, Chinese Astrology Plain and Simple. (Eden Grove Editions, 1999) {In addition to learning how to determine and analyse personal horoscopes, this book aims to provide insights into friends, lovers and their self as they gain a deeper understanding of the forces governing interactions. Typical syncretism, the twelve animals are assumed to be an alternative zodiac}

Xu Zhentao, Pankenier, David W., and Jiang Yaotiao, East Asian Archeoastronomy, Historical records of Astronomical Observations of China, Japan and Korea (Gordon and Breach Science Publishers, 2000) {ISBN: 90-5699-302-X; ISBN: 1026-2660; I have not inspected this work personally, but it is recommended by members of HASTRO-L; it is not directly astrological, but records ominous events among others; cf. Pankenier's diss, 1983} 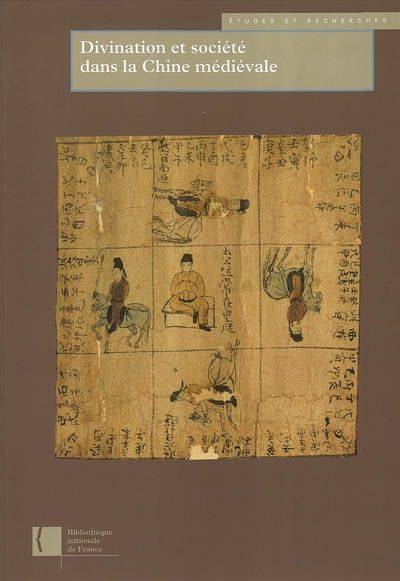